A TRUE STORY OF MADNESS, MUTILATION AND UNSPEAKABLE ACTS OF BRUTALITY 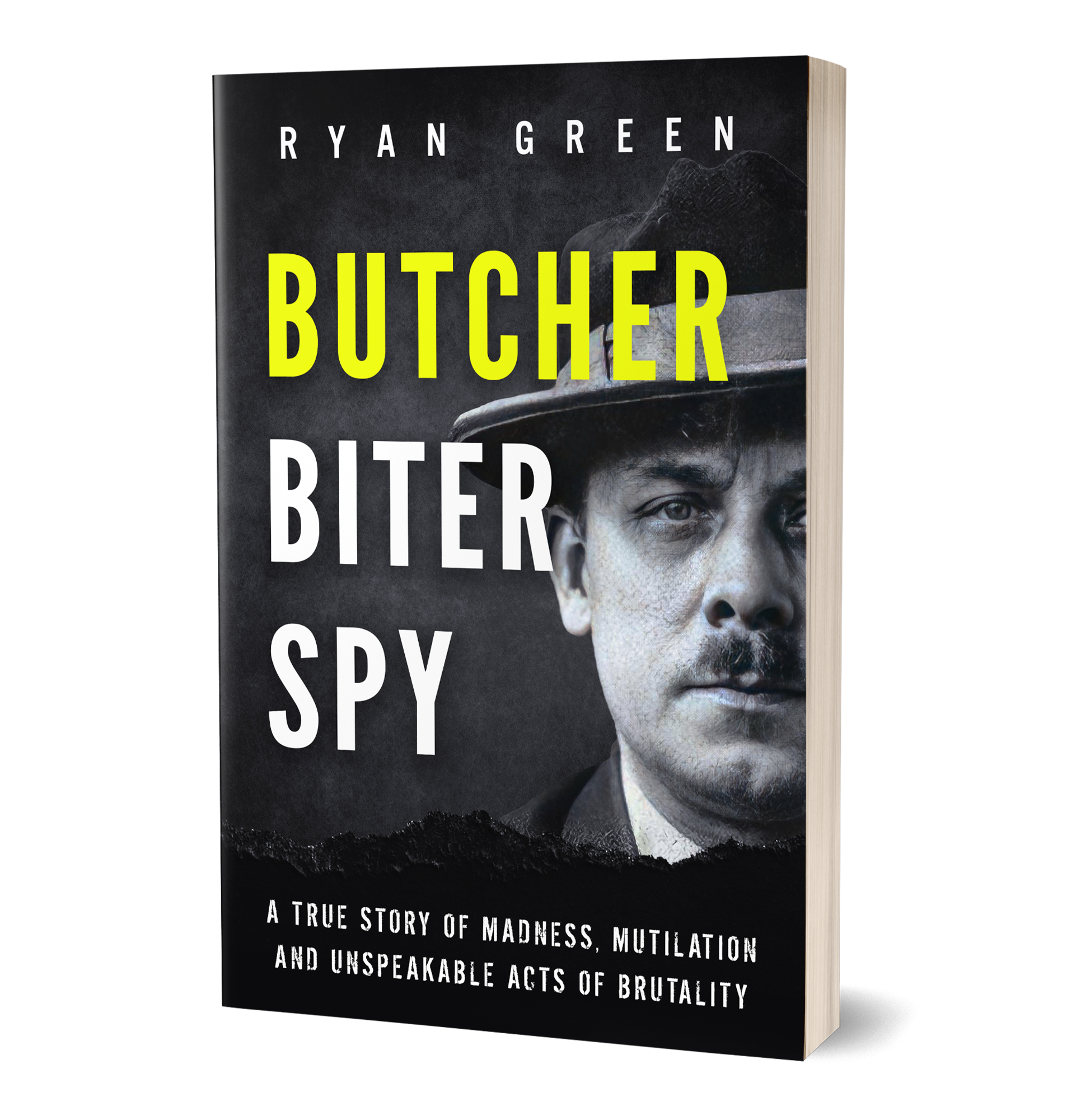 On the bloodstained floor lay an array of butcher’s tools and a body without a throat, torn out by Fritz's “love bite”...

Deemed psychologically unfit to stand trial for child abuse, Fritz Haarmann was locked up in a mental asylum until a new diagnosis as “morally inferior” allowed him to walk free. His insights into the criminal underworld convinced the police to overlook his “activities” and trust him as an informant.

What harm could it do?

When the dismembered and ravaged remains of young men began to wash up on the banks of the river, a war-torn nation cowered under the threat of the man known as the Butcher, Vampire and Wolf Man.

The hunt for the killer was on, and he was hiding in plain sight.

Butcher, Biter, Spy is a chilling retelling of one of the most brutal killing sprees in German history. Ryan Green’s riveting narrative draws the reader into the real-live horror experienced by the victims and has all the elements of a classic thriller.

"I've never heard of Mr. Haarmann before, but I will never forget about him."

"This is the most disturbing True Crime I've read. I don't scare or creep easy so this is saying a lot - I wouldn't read it in bed!"