THE BETRAYAL, BRUTALITY AND BLOODSHED BEHIND THE FRENCH MAID MASSACRES 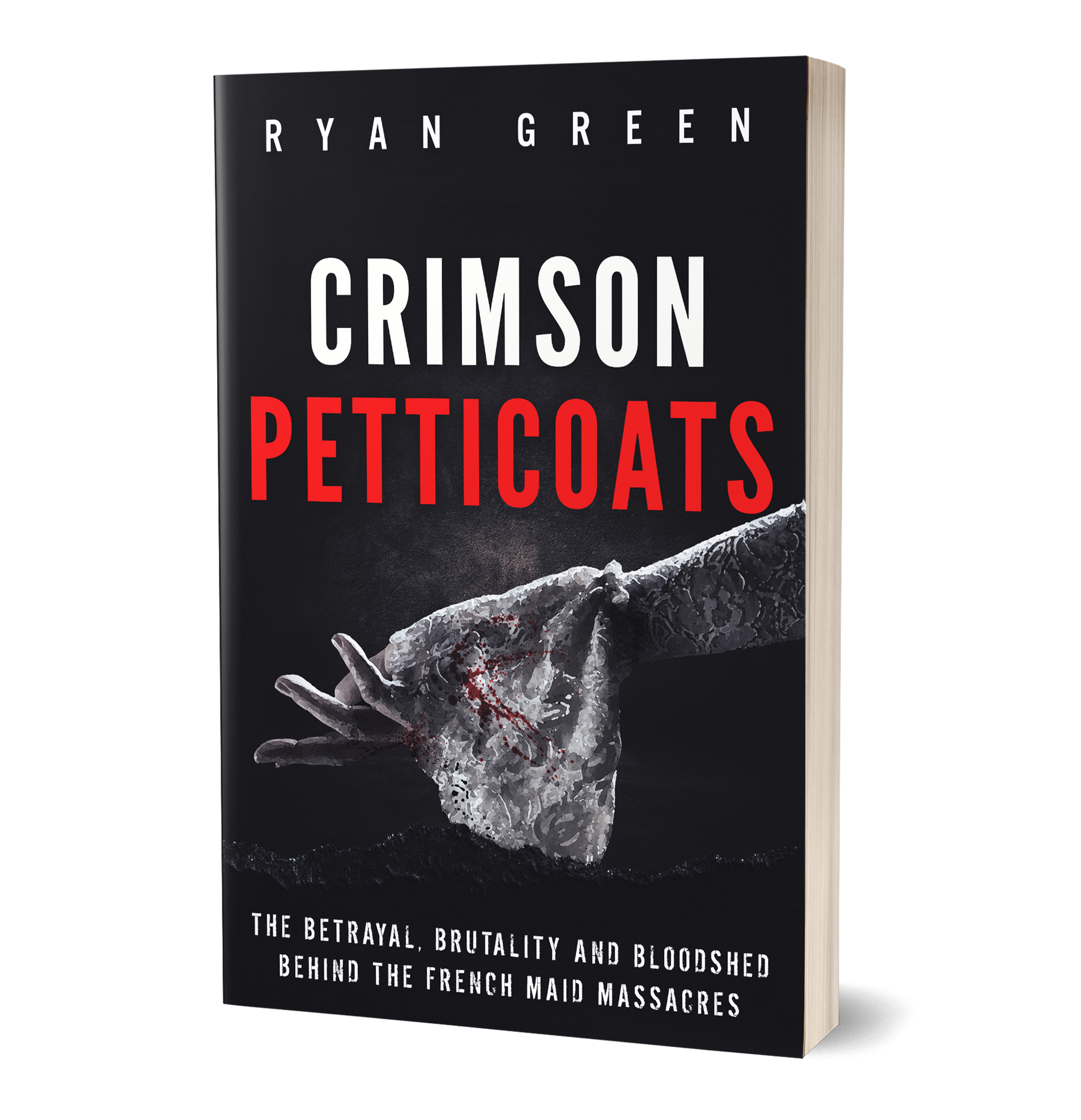 In 1861, the police of a rural French village tore their way into the woodside home of Martin Dumollard. Inside, they found chaos. Paths had been carved through mounds of bloodstained clothing, reaching as high as the ceiling in some places.

The officers assumed that the mysterious maid-robber had killed one woman but failed in his other attempts. Yet, it was becoming sickeningly clear that there was a vast gulf between the crimes they were aware of and the ones that had truly been committed.

Would Dumollard’s wife expose his dark secret or was she inextricably linked to the atrocities? Whatever the circumstances, everyone was desperate to discover whether the bloody garments belonged to some of the 648 missing women.

"You can never go wrong with Ryan Green for a finely crafted, no-punches-pulled, comprehensive account of some of the worst individuals to ever blot the pages of history. I highly recommend this, and all his books, to any enthusiast of true crime literature."

"Ryan Green has done it again! His sophisticated, laid-back style of writing has given us true crime readers another good story that doesn’t sensationalize the crime. His insight into the setting and back story of the murders provides readers an understanding of how the mind of the perpetrator works."