YOU THINK YOU KNOW ME 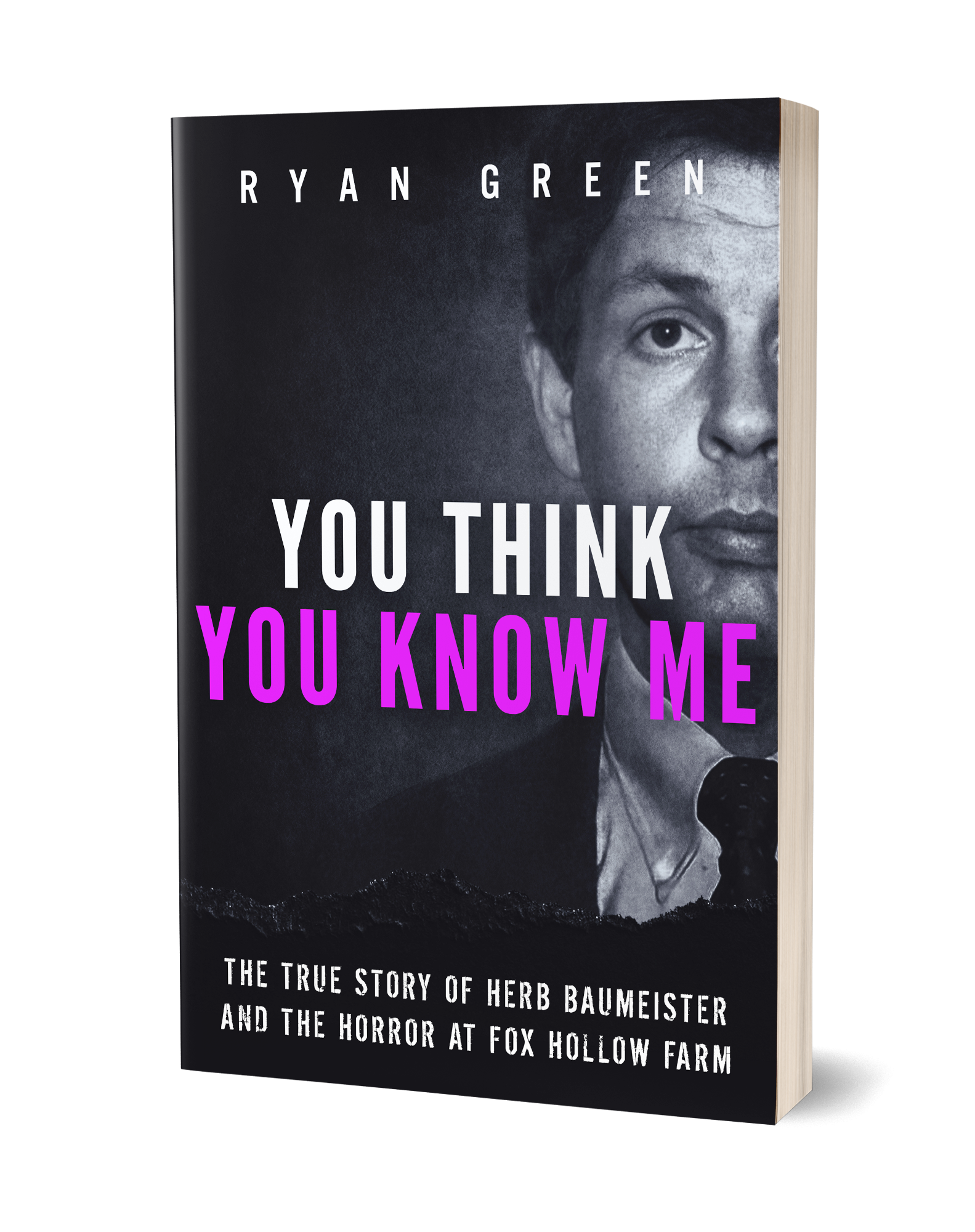 Herb Baumeister was a husband, father of three, and successful businessman—but he was hiding a very dark secret. In June 1996, police uncovered the remains of eleven bodies within the family estate.

Herb would later be alleged to have killed at least nine more men along the Interstate 70 between Indiana and Ohio, and coined the “I-70 Strangler”. It is entirely possible that he was one of the most prolific serial killers in history, but due to his perpetual cowardice in the face of scrutiny, the world will never know.

Bestselling author Ryan Green assumes the role of Herb Baumeister and attempts to fill in the blanks on one of Indiana’s most mysterious serial killers.

"I really enjoy the writing of Ryan Green. He's to the point and doesn't drag an idea on. This book is one of his best."

"Green weaves the tale expertly with just the right amount of detail. I would recommend this book to absolutely anyone who enjoys a true crime story - this is one of the good ones."