THE  TRUE STORY OF AN OUTLAW, MURDERER AND MAN-EATER 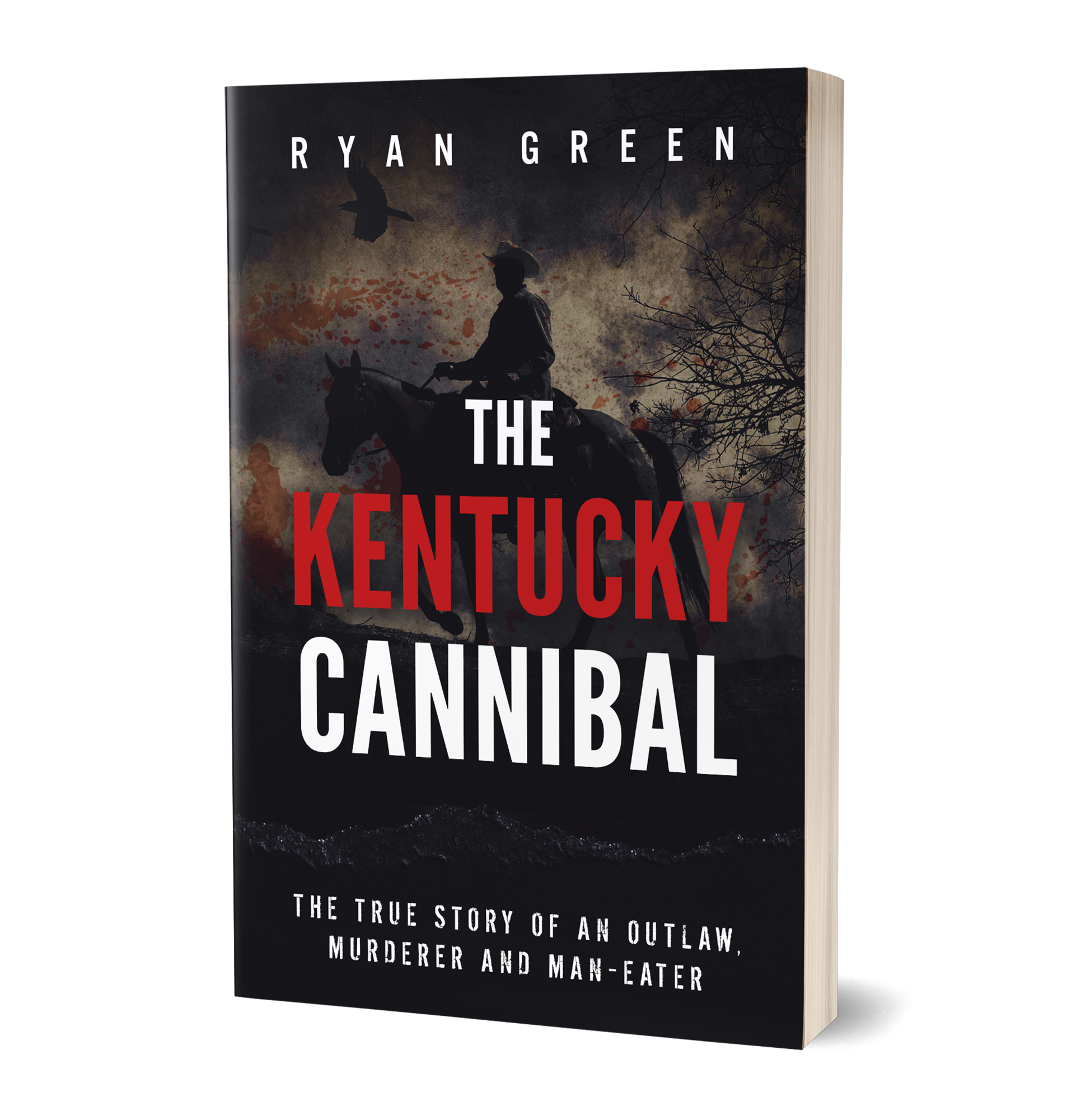 In 1850, following a divorce and a number of encounters with the law, Boone Helm headed ‘Out West’ to chase the Californian Gold Rush with his cousin. When his cousin pulled out at the last minute, Helm was incensed, and brutally stabbed him to death. Helm was detained in an asylum for the mentally disturbed but managed to escape.

Helm continued his journey west with renewed vigour, where he opportunistically killed and consumed the flesh of adversaries and travelling companions, earning him the nickname ‘The Kentucky Cannibal’. After several brutal months in the wilderness, he finally made it California. At a time where violence was the law of the land, Helm’s savage set of skills could finally be recognised and rewarded.

The Kentucky Cannibal is a riveting account of Boone Helm and his bloody exploits across the Wild West. Ryan Green’s entrancing narrative draws the reader into the real-live horror experienced by the victims and has all the elements of a classic thriller.

"Ryan Green provides his customary blend of meticulously researched background with his astute psychological insight to provide an exceptional and riveting account of one of America’s most reprehensible contributions to history."

"I was riveted by this story, but, I was so terrified by Boone Helm. Ryan Green brought the character to life with his words! He lived by his own rules and nothing stood in his way!"